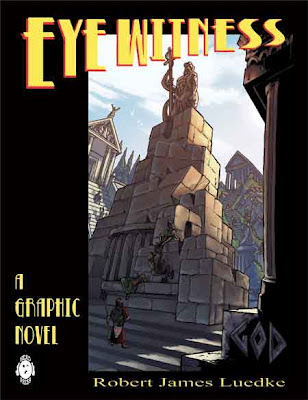 Beginning where ACTS OF THE SPIRIT left off, RISE OF THE APOSTLE continues the adventures of Terry Harper, an internationally renowned archaeologist known as "The Bone Man", as he attempts to leave the Middle East and return to the United States. Terry continues to find that he has "spells" where he enters an unconscious state and finds himself to be living besides Biblical figures, in this case the Apostle Paul. Meanwhile, and international conglomerate is determined to kill the "Bone Man" and prevent his discovery from reaching the knowledge of the public.

As was the case with the previous books, RISE OF THE APOSTLE contains graphics that are just as good as anything in mainstream publishing. The action is rooted in historical and real-life subject matter.

The author does take some liberty in filling in events not actually described or as precisely described in the Bible. However, he explains why he does this in the afterward to the story, calling it his "Ten Commandments Strategy" (named after the famous Cecil B. DeMille film).

The book also contains some violence, but none of it is unnecessary and fits very well with the exciting story being told.

Overall, an exciting graphic novel representation of the story of the Apostle Paul's early days as a Christian tied into a gripping tale of international espionage and world domination.
Posted by tvtv3 at 1:20 AM